This morning I watched the first episode of “Charmed.” It struck me that the show is actually a little dated. Aside from hairstyles and clothing (which, really, isn’t so terribly dated. It’s not like looking at a show from the 80s) I noticed that a lot of our modern conveniences don’t appear in the show. They won’t appear for a few years yet.

This got me to thinking about how much has changed in just 13 years (“Charmed” first aired in 1998). Not one character carries a cell phone on them and there’s no computer in the house. Computers were pretty common around 1998 (42% of households vs. 68% in 2010), but there was no broadband internet yet so I can see why the sisters didn’t rush to the computer to research their newly discovered powers. In 1998 69,209,328 people had cell phones compared to 233,000,000 users when the show ended in 2006. The iPhone would be released the following year.

Another interesting chart to look at  is Home Internet Connections by Technology 2001,2003.

I noticed something similar when watching “Buffy.” The seventh season (2003) is the only season I can remember characters owning a cell phone. Previously everyone had to find each other and use landlines (and, let’s face it, Giles will always be the type of guy to stick to the landline). Willow could always hack into the city morgue or whatever, but she had to do it over dial-up. Again, the seventh season has a mention of Google (which Xander thinks sounds dirty) and shows Buffy using a search engine to gather info on The First.

It feels dated to watch the earlier episodes, but does that diminish their appeal or likeability? I don’t find it to be so right now, but what about in another 10 years? Will it feel like watching a show from the 80s or early 90s now? And then will it eventually feel like watching old shows on Nick at Night because they’re so quaint?

BTW you can watch Charmed on Netflix watch instantly.

Ever since I first watched the series (which, sadly, was not as it aired) I’ve rewatched “Buffy the Vampire Slayer” just about every year. That’s a lot of rewatches (which kind of annoys my husband). Every time I delve back into the world of Sunnydale I discover something new or I see how all the pieces were meant to fit together even when the set-up was seasons before. I marvel at the writers’ brilliance. I like stepping back and thinking about what each season’s them was allegorically. The first three are obviously about how school is literally hell. The fourth is all about college and growing up/letting go. The seasons afterwards seem to lose a bit of it’s messages and that may be why they’re not as enjoyable. As a whole, the last three seasons speak about the pressures of the world, how hard it can be to make tough decisions, and about being an adult in general.

My favorite season is the third. There are just so many great episodes in this season. We meet Faith in “Faith, Hope & Trick.” But there’s other great episodes like “Band Candy.” “The Wish,” “The Zeppo” (Xander’s best episode in my opninon), “Doppelgangland,” and ending with “Graduation Day 1 & 2.” I feel like this is the season where The Scoobies are united the most. If you’re into the whole Buffy/Angel romance of the series then this one is a high point (ok, except for the end because David Boreanaz has to leave to go do his own spin-off show).

In this rewatch I found myself more tolerant of Dawn for some reason. Yes, even in the fifth season where she is her most annoying. I also  enjoyed the entire sixth season more than usual. I’ve always loved “Once More With Feeling,” and “Tabula Rasa.” I’m also a fan of evil Willow’s arch. But, normally I really don’t care for the episodes that explore Buffy’s re-integration to the land of the living. Her sour attitude is a downer and doesn’t keep with the previous seasons. But, this go-round I felt more invested with her figuring out how life works. I guess because I’ve passed/am passing through that stage of my own life where it seems like nothing goes right, there are too many bills to pay, and oh my god why can’t I get anything right.!?!

And then there’s the seventh season. I don’t think I’ll ever come about to liking this season. It’s just so. effing. serious. Even their lighthearted episodes like “Beneath You” just seem like it has a different pace and tone than a usual Buffy episode. It’s “Buffy the Vampire Slayer” so there’s still humor and plenty of witticisms to be found, but this season just felt like it was all about the Big Bad. I guess when you have an endpoint in sight you need wrap everything up so that there aren’t too many loose ends. You don’t have time to set up sub-plots that send characters in different directions. Everyone needs to be in place for the finale. Unfortunately that leaves us with a super serious season that becomes obsessed with the end. On the plus side? After several times viewing this season I’ve learned to just ignore the annoying Potentials and focus on what the main cast is doing.

The only other show that has captured my attention and devotion as much as BtVS has been “Doctor Who”. They both are great examples of shows where there are characters to love, an over-arching season theme/mystery, fun to watch, and really well written (ok, most of the time. Each show has had it’s share of terrible episodes). I wish there were more shows out there like it!

If YOU want to watch Buffy for the first or millionth time, it’s available on Netflix!

Felicia Day (of The Guild and Buffy Season 7 fame) posted on Google + a link to an article talking about how ABC is ready to follow in the footsteps of Fox when it comes to delaying their shows off the web for eight days (except for people like Hulu Plus subscribers). You can read the full article here.

When it comes to ABC, Bob Iger pretty much said that they’re looking to do something like authentication. You’ll have to have some way to show that you’re signed up with one of the large cable providers before you can watch their content on the web. They value their relationship with the cable providers.

“To me, the cable box seems like Tower Records 10 years ago, or Borders just 2 years ago. Look at how music and books have shifted to digital, on-demand purchasing. Cable companies are the “brick and mortar” place for video, and that business is dying. People don’t have enough time for 140 channels, they have enough time for maybe 10 shows, that’s it. Why pay 140 bux a month to watch that many shows when you can buy them individually? Or stream The Wire on Netflix for 8 bux a month, because you missed it the first time? Or play a video game? Or just surf the net?

So my question is: What happens to all those shows when they fragment like that? Who is gonna pay to produce them? What is the future? (And “funded by viewers” model is not the answer, only 1% of people ever really contribute, and the up-front costs of producing video are WAY higher than making a record or a book, etc. Believe me, I understand this personally.)”

Personally I think she hits the nail on the head so perfectly. ABC and Fox need to see the writing on the wall. Cable providers aren’t what’s hot anymore. People are cutting the cord more and more these days because they have to and they want to.

She asks valid questions as well; very good questions that no one has found the answer to and why we still have cable companies. I love her show, The Guild, but I’ve never directly contributed to it (which you can do via the show’s website). I pay Netflix which is how I watch the show. So what are the answers? I don’t know. I think the entertainment industry is slowly figuring it out, but I do think that anyone who tries to cling to the big cable companies is going to end up being the loser.

Reverse the Polarity of the Neutron Flow!

So I’ve been reading Keith DeCandido’s recaps of Star Trek TNG over at tor.com recently. As of today he’s up to “Conspiracy” (S1E24). Yes, I know, I’m a huge nerd reading about something I’ve already watched. I do this with Buffy too over at avclub.com. Except in that case Noel Murray was watching Buffy and Angel for the first time! How cool is that!? (And both shows are on Netflix watch instantly).Anyway, when Keith talks about  technobabble in a TNG episode he designates a section of his recap and labels it “Can’t We Just Reverse The Polarity?” I thought this was a pretty clever send-up to Doctor Who. I found a nice entry on tvtropes.org that summarizes the history of the phrase. Apparently it can be traced back even further to the 1960’s Batman. Huh. But I was right in thinking it was popularized by John Pertwee as the Third Doctor.

Doctor Who is a Netflix Watch Instantly too…in case you want to give it a watch…both Classic and New Who….it’s really good….I’m not biased….not at all…… 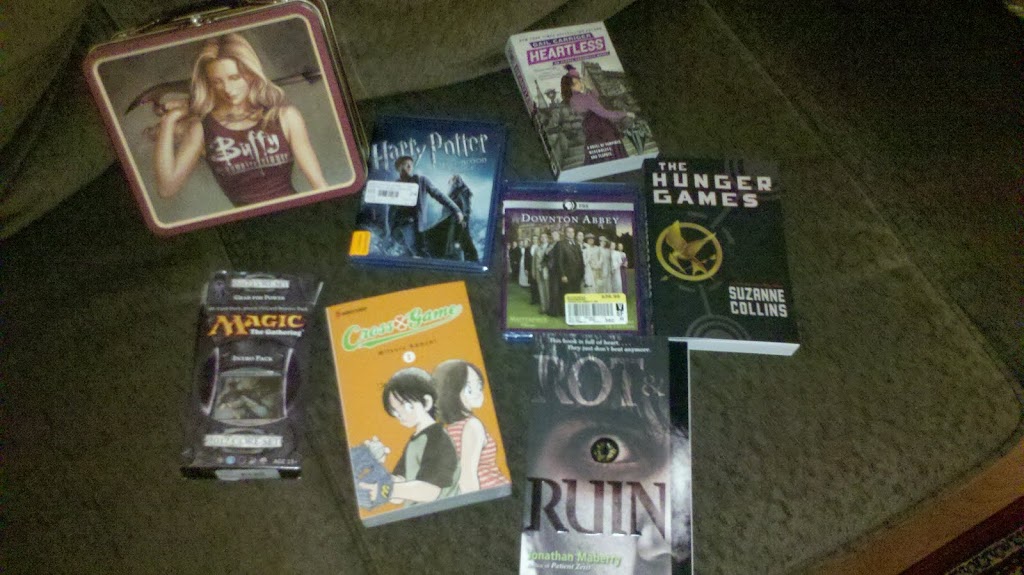